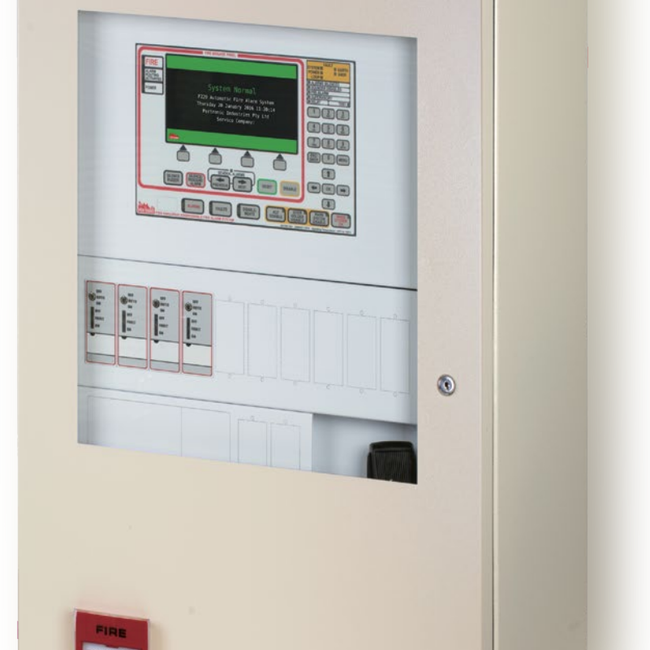 Established in 1982, Pertronic was founded in the Wellington region of the north island of New Zealand to develop and manufacture advanced niche-market electronic products.

During the late 1990s Pertronic launched the F100A and F120A fire alarm control panels that incorporated addressable fire detection technology. At around the same time, Pertronic Industries opened its first Australian office in Melbourne in 1999.

In late 2016, Pertronic followed up the success of the F100A and F120A fire panels with their new generation of intelligent, Fire Detection & Alarm System called the F220.

The F220 introduced many new features and innovations into the fire detection and alarm systems market in New Zealand and Australia including a industry leading 800 x 480 pixel TFT Liquid Crystal Display (7 inch), Ethernet and USB interfaces.

The display is a striking feature of the fire panel with an easy to read large text display incorporating a colour status display.

Amazingly the F220 can also support extensive expansion capacity including up to 20 addressable loop circuits per control panel and and impressive network of up to 133 interconnected panels. For such large networks, the system also supports the Pertronic FireMap® graphical user interface showing the real time status of each detector and device on the network.

The F220 is leading an evolution in fire detection and alarm systems in Australia with its large liquid crystal display the F220 includes an extensive range of innovative features;