This instalment of the Principle of Fire Safety series looks at heat detectors, one of the four methods of detecting fire through the the by-products of combustion. This is an area of fire safety that has been rapidly evolving over the last 20 years.

Research and development has improved well established detection technologies and provided an array of new technologies to improve fire detection while also being less susceptible to the causes of false alarms.

Before we go any further it's important to lay the foundation for what is fire; fire also known as combustion is a sequence of exothermic chemical reactions between a fuel and an oxidant accompanied by the by-products of combustion being; heat, smoke & electromagnetic radiation (light).  Personally I think a illustration explains this chemical reaction in terms easier to understand.

It is also important to recognise that smoke is an aerosol or mixture of particulates suspended in air that comprises a collection of airborne solids, liquid particulates and gases emitted when a material undergoes combustion.

This is important because each of the four detection technologies are designed to respond to one of the three by-products of combustion.  There are four principal methods for detecting fire explored in this article including; Heat, Smoke, Flame and Combustion detectors.

There are two methods for detecting fire from the presence of heat;

Over the years there has been continuous development in the technology to detect heat. These technologies can be broken down into four main types. 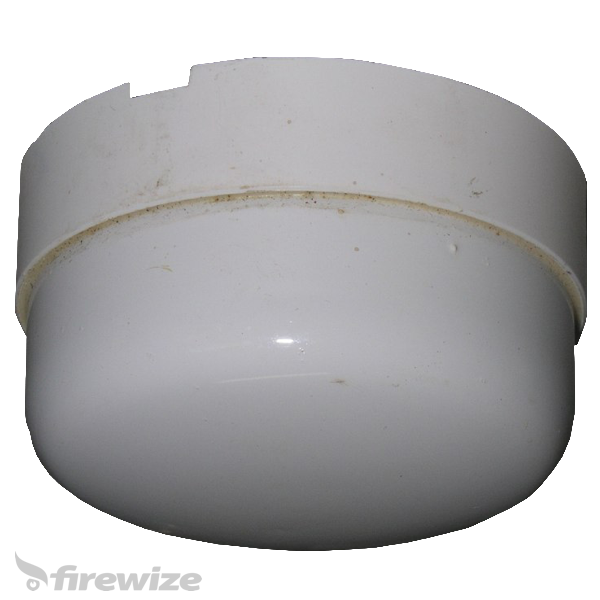 Optomechanical - This type of heat detector is a modern variation of the electromechanical line-type heat detector and could be classified as an optomechanical distributed heat. Optomechanical heat detectors contain one or more fibre optic cables separated by a heat sensitive insulator and protected by an outer sheath. A focused light signal is passed through the fibre optic cable. When exposed to heat, the heat sensitive insulator changes state from a solid to a molten state which has the effect of degradation or discontinuation of the focused light signal. The signal change is monitored by a device which then would actuate an alarm.

Electropneumatic - The principal for an electropneumatic rate-of-rise heat detector was first patented in 1941 and has been subject to ongoing product development since that time. Electropneumatic heat detectors comprise a controlled vented chamber containing a diaphragm that moves due to a pressure differential according to the rate of change of the ambient temperature. When the ambient temperature changes faster than the calibrated rate which the vent has been designed to release, the diaphragm moves sufficiently to create an electrical circuit to indicate an alarm. The main benefit of electro pneumatic heat detectors is that they operate at a range of temperatures because they respond to the rate of change in temperature, not at a fixed temperature only.

Electronic (Thermistor) - The most common form of heat detector used throughout Australia is electronic device with a thermistor acting as the heat sensitive element. A thermistor is a type of resistor whose resistance changes significantly according to temperature. These detectors can operate as a fixed-temperature and a rate-of-rise device or both depending on their intended design. These detectors may also include features to reduce the possibility of deceptive phenomena causing false alarms. There are five classifications of heat detector established for use, they are classified according to their fixed temperature operation or rate-of-rise (if fitted).

In the near future, these classification Types will be replaced by the ISO standard (AS 7240.5) heat detectors with a wider range of classes. While heat detectors are a very reliable form of fire detection, they are not normally recommended as a life safety device. Heat detectors are often selected to detect the presence of fire where there is the potential for deceptive phenomena from one of the other by-products of combustion. The next part in our series on the Principles of Fire Safety Series will focus on Smoke, Flame and Gas Detectors.