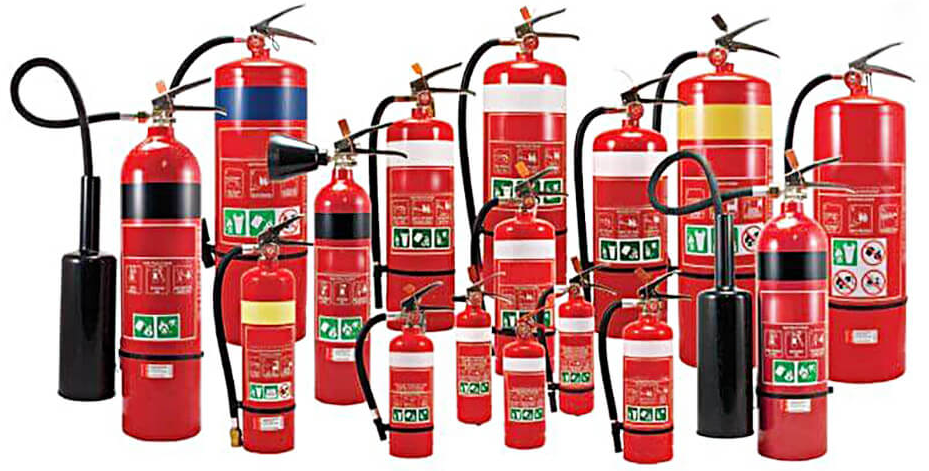 The first version of the modern fire extinguisher was invented in the United Kingdom by Captain George William Manby in 1816, consisting of a copper vessel of 3 gallons (13.6 litres) of pearl ash (potassium carbonate) solution under compressed air pressure.

The late 19th century saw the invention of the Soda-Acid extinguisher, where a cylinder contains 1 or 2 gallons of water that had sodium bicarbonate mixed in it. Suspended in the cylinder was a vial containing concentrated sulphuric acid. The vial of acid was broken by one of two means depending on the type of extinguisher.

One means involved the use of a plunger that broke the acid vial, while the second involved the release of a lead bung that held the vial closed. Once the acid was mixed with the bicarbonate solution, carbon dioxide gas would be expelled and this would in turn pressurize the water. The pressurized water was forced from the canister through a nozzle or short length of hose.

Around 1912 Pyrene pioneered the carbon tetrachloride or CTC extinguisher, where the liquid was expelled from a brass or chrome container by hand pump, usually of 1 imperial quart (1.1 L) or 1 imperial pint (0.6 L) capacity but also made in up to 2 imperial gallon (9 L) size, onto a fire. The CTC vapourised and extinguished the flames by chemical reaction. This extinguisher was suitable for liquid and electrical fires and was popular in motor vehicles for the next 60 years. The vapour and combustion by-products were highly toxic and deaths did occur from using these extinguishers in confined spaces.

In this series of articles, we present information about the various types of portable fire extinguisher, classes of fire and extinguisher selection.

Firewize can assist property owners select, install and maintain portable fire extinguishers for all types of applications and risks.