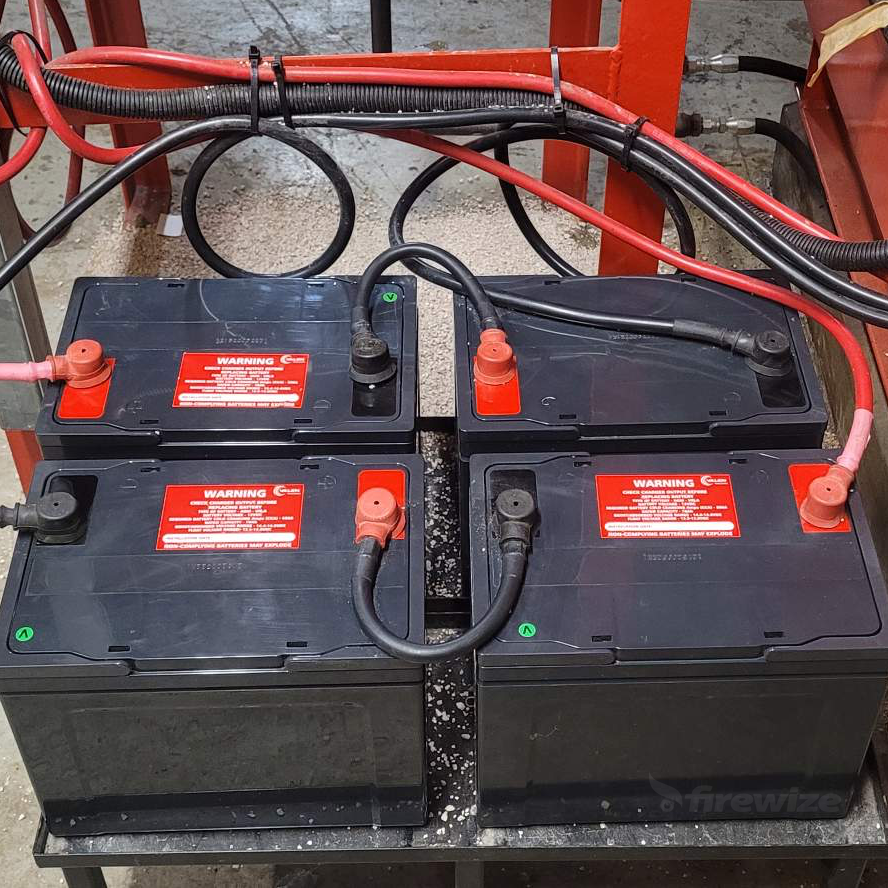 According to Australian Standard AS 1851:2012 there are 12 types of systems or equipment1 that may incorporate batteries that require some form of inspection and/or test. These include;

This article covers the requirements for the routine servicing requirements of batteries that are used for engine start applications for fire pumpsets, also known as compression ignition (diesel) driven pumpset(s).

What is the difference between a START battery and a CONTROL battery?

For fire pump (electric or compression ignition (diesel) driven) there are TWO types of batteries used.  These are;

Fire Pumpset - Control Batteries
A control battery can be found on an electric driven fire pump-set AND and a compression ignition (diesel) driven pumpset.  In simple terms a control battery is a type of stationary battery used to provide a source of stored energy necessary to operate the pump controller for a fire pump-set.

Dual Use (Control & Engine Start Batteries)
Modern fire pump-sets are typically fitted with batteries which are generally configured with a primary and secondary battery arrangement where both batteries (engine start and control batteries) can be used for the engine start application. In this case the battery used must be an engine start battery with a CCA rating.

How often should fire pump-set batteries be replaced?

These same systems will typically have a secondary (backup) battery or batteries that in their normal condition will serve as the control batteries but in an emergency situation may also be used as an engine start battery.

In this case all batteries MUST be replaced every two years irrespective of condition.

It is more common to see an electric fire pump fitted with a single battery (control battery) that is used as a form of stationary battery. In this case, where the battery has not been replaced in the previous two years, a competent technician should carry out a battery discharge test in accordance with Appendix F of the Standard to verify its condition.

An engine start battery is rated in Cold Cranking Amps or ("CCA") and it is the measure of how much energy (current) a battery can deliver for 30 seconds at −18° Celsius or 0° Fahrenheit while maintaining a voltage above 7.2 volts.

Determining the correct CCA rating for a battery must take into consideration a range of factors including engine size connected loads and ambient temperature.