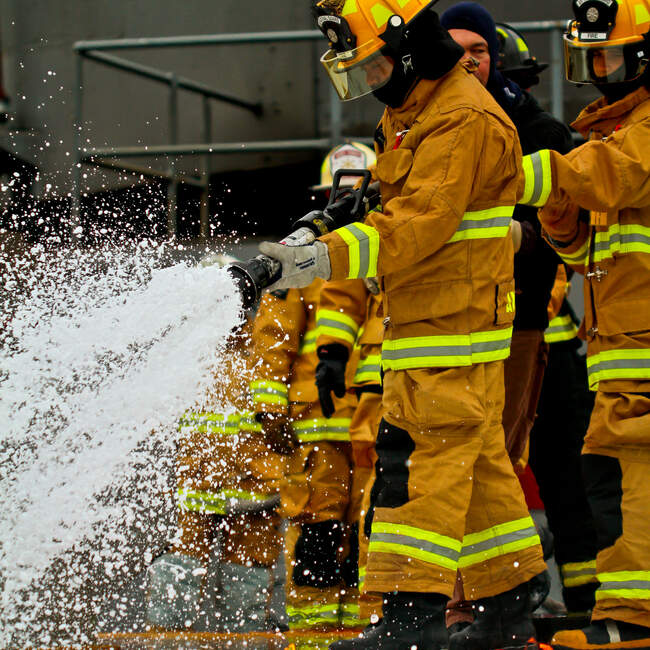 In the media this week (October 2019) was an article that jumped out at me for its reference to the fire protection industry (in particular the use of firefighting foam). The article from the ABC covers one of Australia's largest class action against the Commonwealth of Australia (Department of Defence)1 with up to 40,000 Australians who live and work in affected areas2 .

Perfluorinated Alkylated Substances also referred to as ("PFAS") are synthetic (man-made) chemical compounds that include multiple fluorine atoms that have been used in industry since the 1950's. Commonly used as a surfactant they are very effective in lowering the surface tension of water.  Because of this feature, they may be used as a water repellant, for stain protection and a constituent of firefighting foam.

According to the Australian Government Department of the Environment and Energy, the import and sale of firefighting foam concentrate with PFOS as an active ingredient in Australia is thought to have ended in 2003.

There are many types of PFAS, with the best known examples in the fire protection industry being:

According to Chemguard a manufacturer of foam concentrates, a fire fighting foam is simply a stable mass of small air-filled bubbles, which have a lower density than oil, petrochemicals or water. Foam is made up of three ingredients; water, foam concentrate and air. When mixed in the correct proportions, these three ingredients form a homogeneous foam blanket3 .

The Stockholm Convention on Persistent Organic Pollutants ("POPs")  came into force on 17 May 2004, with Australia ratifying the Convention on 20 May 2004 and becoming a Party on 18 August 2004.

The Convention is a global treaty that aims to protect human health and the environment from the effects of persistent organic pollutants. The Convention has a range of control measures to reduce and, where feasible, eliminate the release of POPs, including emissions of unintentionally produced POPs such as dioxins. The Convention also aims to ensure the sound management of stockpiles and wastes that contain POPs.4

The hazard assessment of PFOS, prepared by the OECD in 2002, concluded that the presence and the persistence of PFOS in the environment, as well as its toxicity and bioaccumulation potential, indicate a cause of concern for the environment and human health.5

As recently as October 2017, the Australian Government Department of the Environment and Energy on behalf of the Government prepared a Regulation Impact Statement ("RIS") to present options for the regulation (national phase out) of perfluorooctane sulfonate-related chemicals (PFOS) to protect the environment and human health. The RIS was developed to provide guidance in respect to Australia’s obligations arising from
the 2009 amendment listing PFOS under the Stockholm Convention on Persistent Organic
Pollutants ("POPs"), should Australia decide to ratify this amendment.6

The RIS provided FOUR options for the for the regulation and/or control of PFOS in Australia. The options presented seek to minimise future exposure of humans and the environment to PFOS, by aligning the management of PFOS in Australia with the globally-accepted standards established by the listing of PFOS under the Stockholm Convention. The four options are;

At the time of the RIS, an analysis of options suggests that the highest net value to Australia is likely to come from Option 4.

Subsequent to the RIS, on February 16, 2018 the Commonwealth, state and territory environment ministers have endorsed Australia’s first PFAS National Environmental Management Plan. The plan provides valuable guidance around storage, re-use and disposal of contaminated material, which will facilitate proactive decision-making for contaminated site management, including remediation.

An increasing number of sites are being identified in Australia from the historic use of firefighting foams containing Perfluorinated Alkylated Substances ("PFAS"), which are recognised as a threat to health and the environment.

Firefighting foams may be applied by hand, portable or fixed systems to prevent or extinguish different classes of fire fires involving:

Firefighting foams and associated wastes can be divided into two groups;

For the purposes of classifying the biodegradability of a firefighting foam all of the organic compounds in its composition must degrade under normal environmental conditions within 28 days from the time of its release to water by7 :

The subject of the selection and use of firefighting foam in the fire protection industry has been under review for over 20 years and since the first signs of the health and environmental risks of PFAS, PFOS and PFOA have been identified the manufacturers of firefighting foams have been developing alternatives that satisfy current community expectations.

There has been a lot of investment and work to replace contaminated stock and remediate land that may have been adversely affected.

Given the new class action being instigated by multiple law firms, one thing is certain, there will be a lot more focus on this subject for many years to come.